Beyond the 'Futureless Future':: Edward O. Bland, Afro-Modernism and The Cry of Jazz 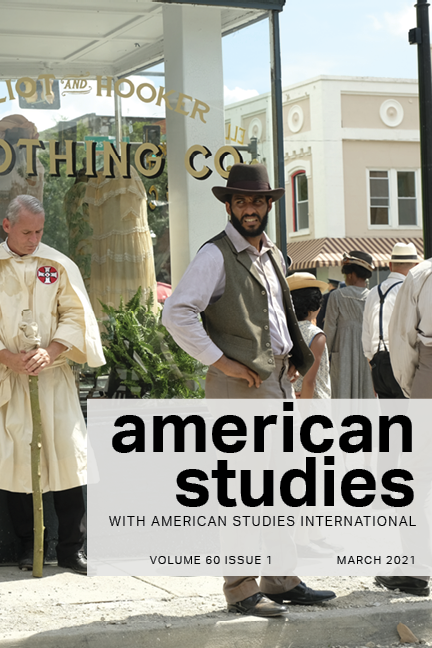 The Cry of Jazz, a “thesis film” from 1959 directed by Edward O. Bland, is a long-neglected landmark in black independent cinema recognized today not for its theories about jazz but for its contentious racial politics.  Bland, however, was a composer and music arranger, not a professional filmmaker, and the astringency of his film’s racial claims emerges from a particular theoretical approach to the formal structures of jazz music and their historical evolution.  This article explores the relationship between musical form and racial identity as presented in The Cry of Jazz.  Emphatically insisting on the music as an African American mode of expression, the film develops a critical musicology of jazz that effectively transposes Frankfurt School-like social claims about capitalist dehumanization to American conditions of racial domination.  In doing so, however, Bland also argues that any further advance of African American musical culture depends on a sharp break with jazz traditions as well as the destruction of the ghetto.  The result is not only a more uncompromising contribution to 1960s-era black cultural radicalism than is typically recognized but also a distinctive reformulation of the Afro-modernist aesthetic.  By linking racial change in Jim Crow America to an aesthetic fusion of avant-garde classical and African American vernacular styles, The Cry of Jazz puts forward a high-modernist, composer-centered conception of black art music as cultural emancipation.