Twenty-first century francophone African literature has greatly been influenced by the transnational turn, which shattered the walls between nation-states, and opened the African writer and his protagonists to new experiences. As a result, the new literary space not only redefined the place of the African writer by allowing him to explore new literary territories, but also led him to question the relational problem that stemmed from the presence of the African exiles and diaspora in the West. While postmodern critics, such as Edward Saïd, explore the exilic experience in terms of loss and represent it as a rift and a never-recoverable situation, Afropean novelists mostly narrativize the existing link between the African exiles/diaspora from the perspective of belonging, raising therefore the problematic question of their place and Identity in Western societies. Exploring that presence of Africa in the West, Senegalese writer Khadi Hane, centers her 2011 novel, Des Fourmis dans la Bouche, on the vivid depiction of the uncertain and peripheral life of exiles/diaspora in France. Hane capitalizes on her protagonist’s Parisian experience in order to subtly open on the challenging Afropean presence. This paper therefore argues that Hane’s novel calls for the recalibration of contemporary dialogues on encounters, integration and assimilation within the French society and its omnipresent discourse on multiculturalism. Expanding on Pap Ndiaye’s notion of “blessure identitaire”, Axel Honneth’s ideas on “atteinte à la dignité”, as well as Du Bois’ conceptualization of double consciousness, this paper examines the exile’s memory and projection in France, while also proposing that Hane’s narrativization of double consciousness and dislocation participates in carving out new diasporic perspectives that mainly lead to a subtle reconsideration of the home country. 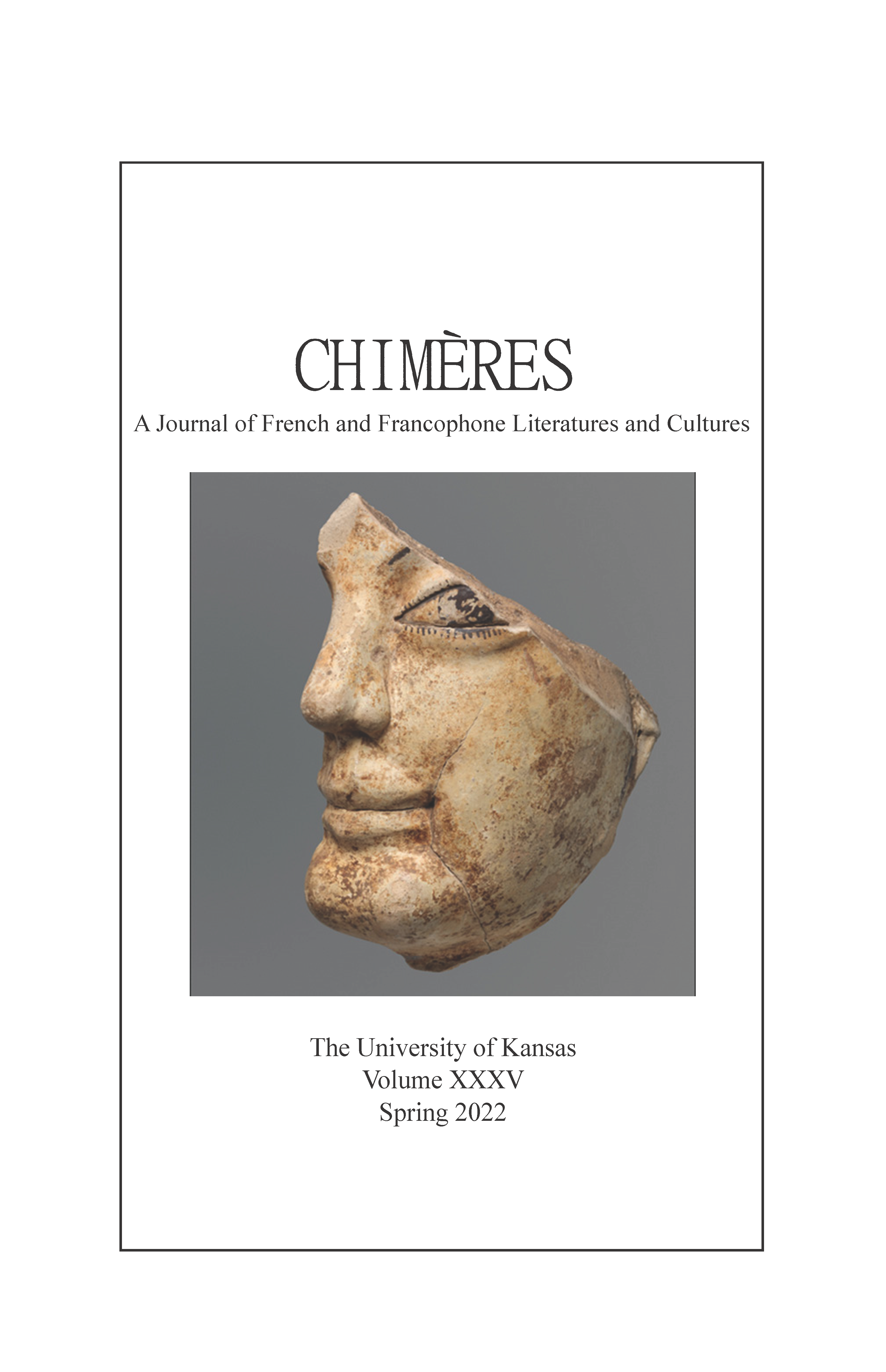 This work is licensed under a Creative Commons Attribution-NonCommercial 4.0 International License.

Authors retain copyright and grant the journal right of first publication.  The work will be licensed under a Creative Commons Attribution Non-Commercial 4.0 International License that allows others to use it for non-commercial purposes with an acknowledgement of the work's authorship and initial publication in this journal.