Five hundred years after Christopher Columbus’ voyage to the Indies, John S. Brushwood, renowned scholar of Spanish-American literature, published an article to commemorate the journey’s success. His proposal delineated the three main meanings of America as presented in Spanish-American literature: wonder, promise and refuge. Maria Irene Fornes’ Letters from Cuba and other plays (2007) includes in a single volume three theatrical pieces corresponding to the latter stage of her long career as a playwright. They all present different versions of America at the turn of the millennium and share the motif of the journey across the Atlantic, although the three journeys vary in direction, length and implications. Terra Incognita (1997) focuses on a trip to Palos de la Frontera by three young Americans – a replication in reverse of the 1492 voyage of “discovery” led by Christopher Columbus with intertextual references to the early chronicles of Fray Bartolomé de las Casas and the descriptions by Columbus himself. Manual for a Desperate Crossing (1997) presents the escape in a rickety raft from Cuba to Florida by a group of characters who risk their lives forced by economic and political pressures. Finally, Letters from Cuba (2000) dwells on the correspondence between a young Cuban living in New York and her beloved brother back home. The article argues that the three plays explore the meaning of  America through strategies such as palimpsest, hybridity and simultaneity. By resorting to Brushwood’s concepts of wonder, promise, and refuge, the article explores the pertinence and representation of such concepts in Fornes’ plays with the aim of rendering a new cartography for the notion of America at the end of the twentieth century. 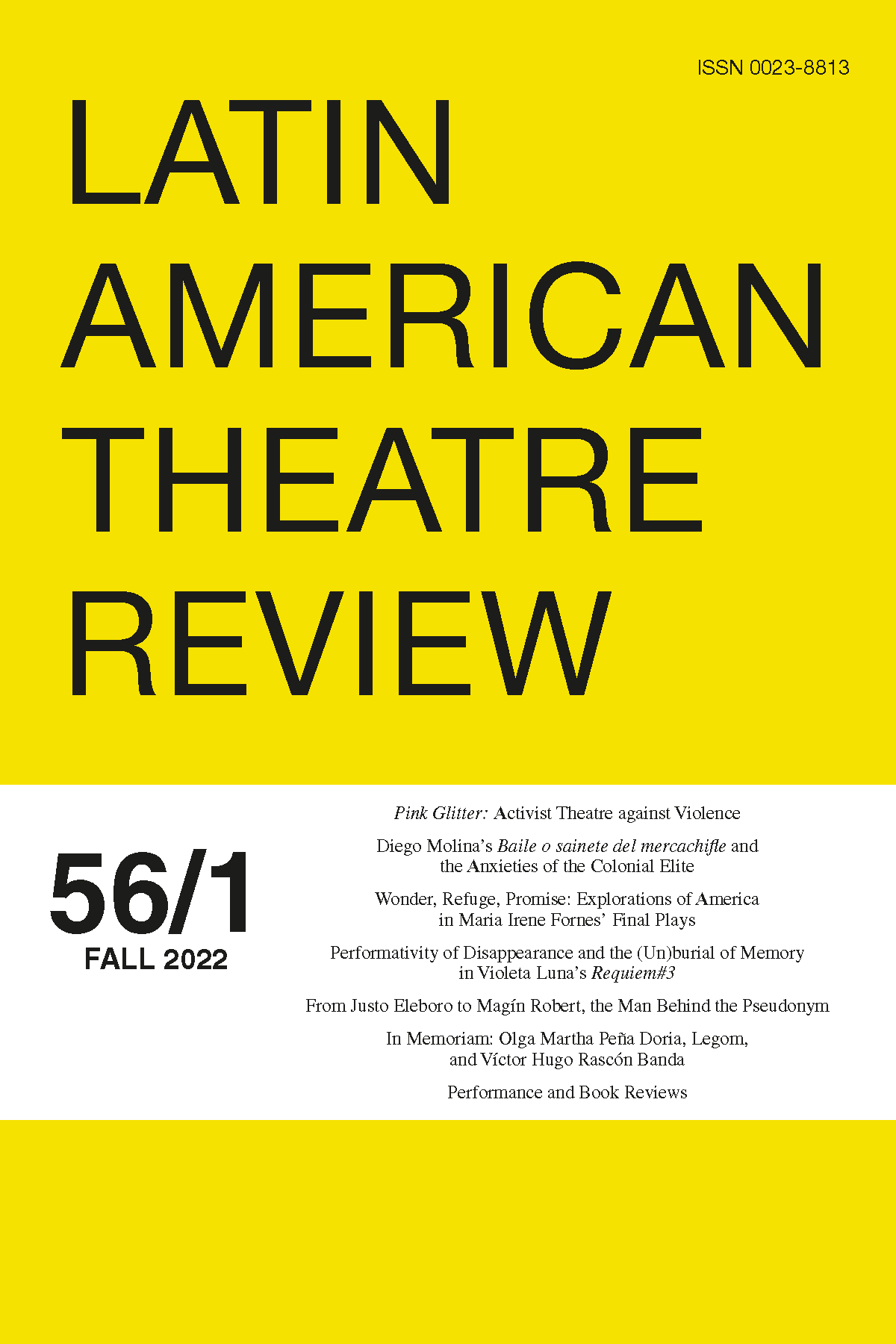 All items © The Center of Latin American Studies and Caribbean Studies, The University of Kansas, Lawrence, Kansas 66045, U.S.A. Authors: If you prefer to remove your text(s) from this database please contact Dr. Stuart A. Day (day@ku.edu)

The most recent 5 years are available only through a print subscription or an institutional subscription to Project Muse.  Learn More


This electronic edition supported by the University of Kansas Libraries

The most recent 5 years are available only through a print subscription or an institutional subscription to Project Muse.